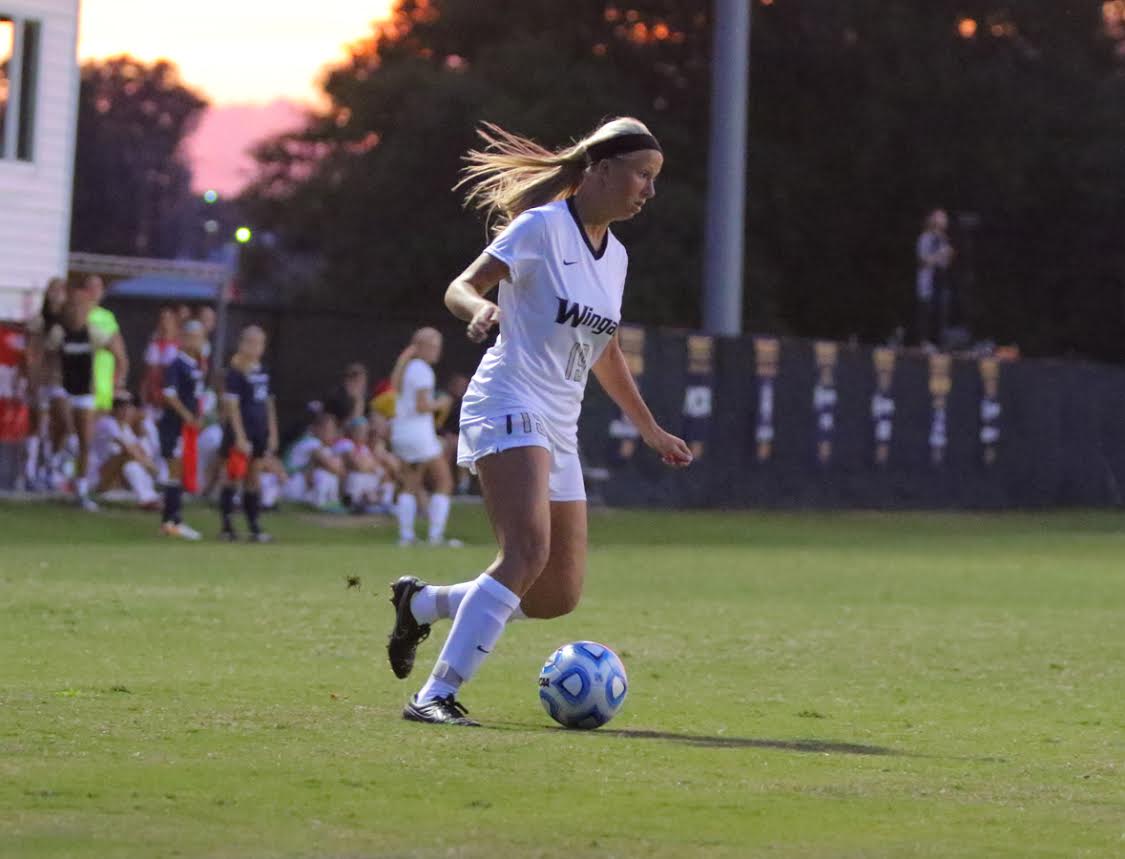 First Match of the Season

The Wingate University Bulldogs started their 2016 season with a very challenging road trip playing both Lee University and Columbus State University in their opening fixtures.

Wingate opened the campaign with a 0-0 draw against Lee, which went the distance to double overtime. The game was held at Columbus State part of the CSU Collegiate Invitational. The Bulldogs and Flames both made it to the NCAA tournament last season, with the quality of both sides apparent as they struggled to break each other down.

Although the contest ended scoreless, Wingate edged it with a 15-11 advantage with shots, however Lee outscoring Wingate 6-5 in shots on goal. Each team notched four shots on goal and two shots on target in the opening half with Sophomore attacking midfielder Kimmi Moore registering the first shot on frame for the Bulldogs’ 2016 campaign. By the end of the first half the momentum started to swing in Lee’s favour, with Junior all-SAC goalkeeper Alexis Jones having to stay alert and keep two efforts out from Anna Leslie of Lee in the final four minutes.

The game ended with nine shots to five in favour of the Bulldogs with Junior Kaitlyn Fletcher (Jacksonville, N.C) starting the second half positively with a shot on goal. Redshirt sophomore Colleen Zickert also came close in the 86th minute but again was denied by Lee goalkeeper Anna Leslie. Zickert was a crucial part of the Bulldogs team her freshman year and her return from an ACL injury will only benefit Wingate.

The game ended after two overtime periods of cancelling each other out and both teams had to settle for a draw meaning both opened their season 0-0-1.

“The game was a close contest of course but I feel we controlled the middle and made a few chances but failed to take them. It was positive, though, and we know what we have to work on,” said Macy Franklin, all-SAC senior Wingate defender.

The Bulldogs are back in action this Sunday, facing second-ranked Columbus State at 4:30p.m.

Find out more about the women’s soccer team and their events: http://wingatebulldogs.com/