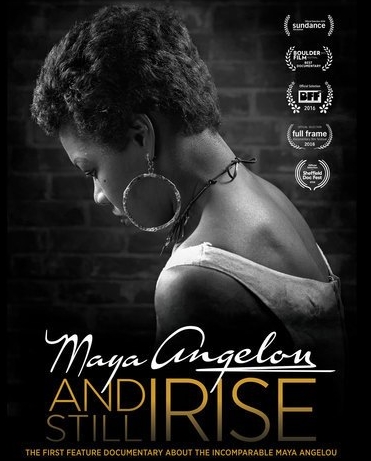 The film, which took over 6 years to make, showed a very intimate side of the singer, dancer, author, producer, playwright, poet and civil rights activist.

Mrs. Whack admitted that she felt “drawn to Maya” at a very young age. “I remember reading this book of poetry with a black woman on the back. I remember because it was the first time I’d ever seen a black author on the back of a book, let alone a woman” said Mrs. Whack.

She had begun sending candles and letters to Angelou’s representatives around that time in an attempt to show her how much of an impact she had. “As cheesy as it sounds, I’d go pick out these little candles and write her letters talking about how much she influenced me and my little lines of poetry along with them” said Mrs. Whack.

Years later, she would get her chance to finally interview Maya Angelou, while working for the Oprah Winfrey show. She wouldn’t know it at the time, but that was the start of a relationship that would ultimately allow her to complete the documentary, years later.

“That interview, along with a few other times that we met, showed Maya that she could trust me. That I wasn’t out to make a buck” said Mrs. Whack. The documentary proved the trust, as Maya gave details about past marriages, the feelings she had on her son’s possible paralysis, the assassination of MLK and many other sensitive topics.

Ultimately, the lyceum event left many students with feelings of admiration for the accomplishments of Maya, a woman of color in the civil rights era. “It was really powerful to see how she could accomplish all of that after being abandoned by her real family and sent away” said Zarron Harvey, a Senior at Wingate University.

“I think she’s a great example of just how much a woman can accomplish if she fights through what life throws at her” said Katie Bludau, a Junior at Wingate University.

The documentary will be airing on PBC intermittently throughout the month of March and will be available for purchase soon.