Listen, I know what the title of this article tells you about me: I am out of my mind. And maybe you’re right, but I live with roaches on purpose, and they’ve only enriched my life.

Maybe this will soothe your soul. The roaches are kept in a plastic tub with a top, which is kept inside a glass terrarium with a door that locks. And I don’t have them, just to have them. I have them because I have 2 very hungry lizards. One is a two-year-old veiled chameleon whose government name is Herb Ertlinger (It’s a Schitt’s Creek reference) but I call him Herb or Herbie for short. The other is a six-month-old pictus* gecko named Flick. 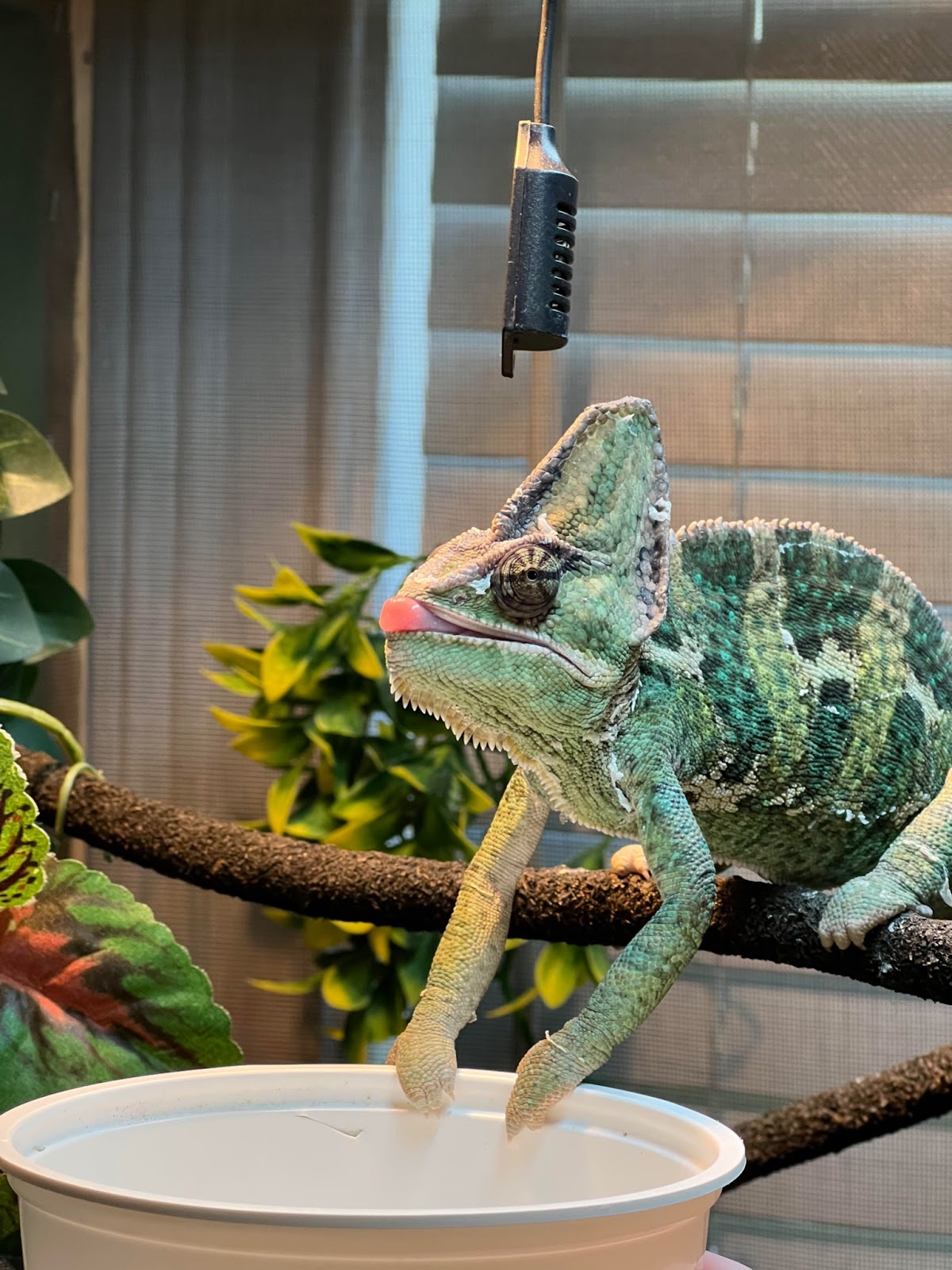 Veiled chameleons and pictus geckos really only eat bugs. In the wild they might have a bite of a plant but the domesticated/captive breds will refuse it every time. So, because they eat bugs, I need to have bugs. 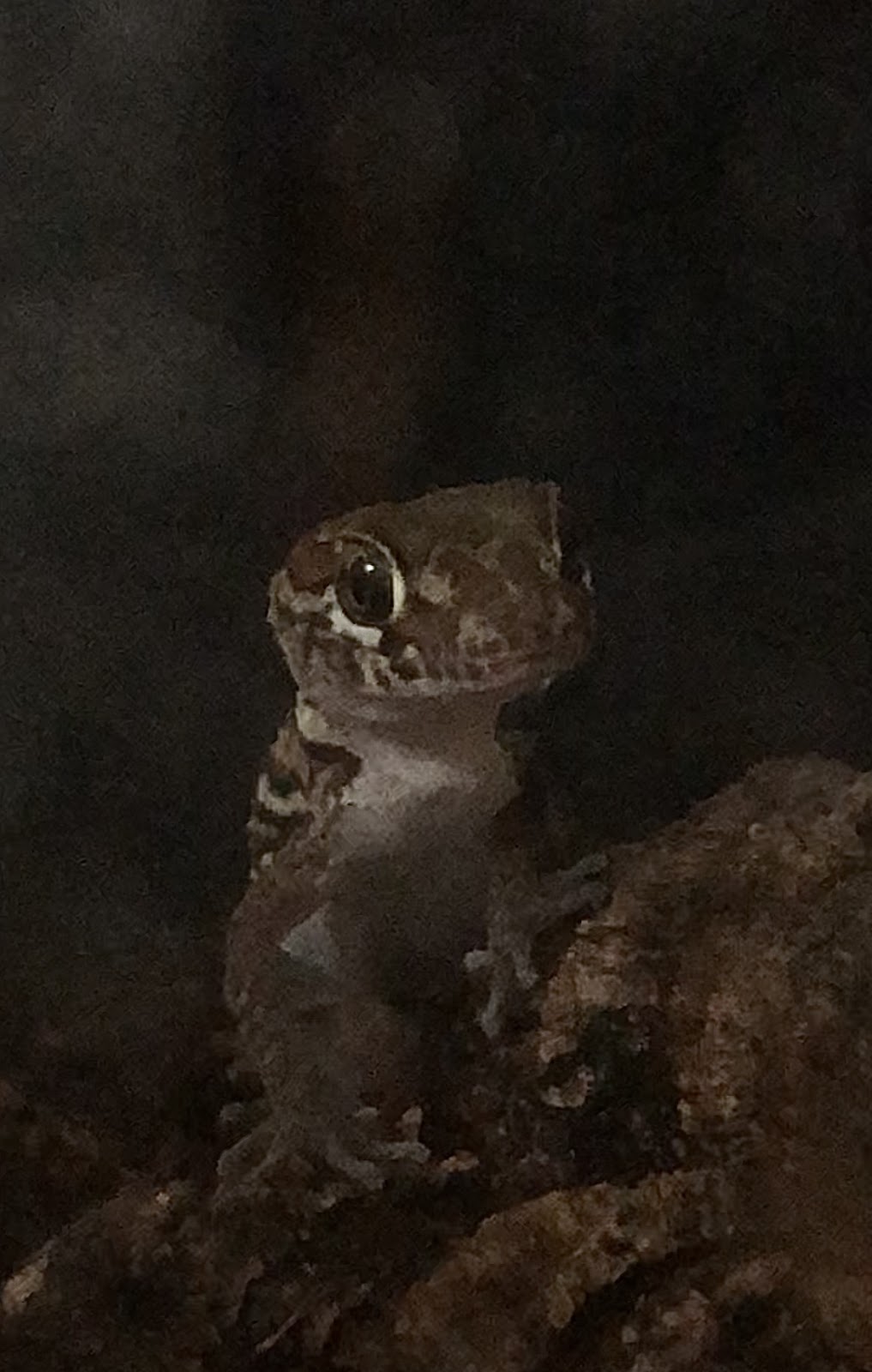 Most people with reptiles opt for crickets as a staple food. This is because crickets are widely available in pet stores, and therefore are fairly convenient. I currently use them as a staple since the roaches take a while to breed, but they’re a hassle. In order for your lizard to get any nutrition, the crickets have to be gut loaded (fed lots of healthy food).  Since pet stores don’t do this for you, you have to do it yourself. They can also carry diseases that quickly spread to other crickets and end up wiping all of them out. If they feel overcrowded, they will fix it themselves – by eating one another.

Crickets chirp loudly at night, they have a tendency to bite, are very sensitive and will die extremely fast if not taken care of daily. Worst of all – they reek. The only thing I can equate the smell to is a dead fish that has been left in 100º weather for a week. It’s putrid and they know it! Every couple of days, the cricket carrier has to be cleaned or they’ll die from their own wretchedness. It is no treat. Not just because they stink, but because they jump which makes it easier to escape. They’re fast and very hard to catch.

Dubia roaches, on the other hand, are the complete opposite. They can’t jump, they’re silent, do not need daily care, are incredibly durable, don’t bite, and they do not stink. Dubia roaches are more nutritious as well. They’re higher in protein, fiber, and necessary fats. Yes, you have to order them online as pet stores almost never sell them, but they come gut loaded and ready to be fed to your reptile. They typically cost around $7 for a 25 count. As crickets are around $5 for 50, roaches are a little bit more expensive, especially for college students. The cheapest option is to buy a couple sets of adults and breed them, so that’s what I’ve been doing. It’s incredibly easy and not as gross as I thought it’d be and I’m an avid hater of bugs. I’ve always said that the only good thing about winter is that all the bugs are either dead or hibernating.

The little colony I have is made up of about 10 adult dubia roaches. I want nothing to do with them, and they want nothing to do with me. All I have to do is spray some water in their container, toss in a sliced orange, provide a heat lamp, and leave them alone most days. Once in a while, I’ll open the container to a lovely surprise – 30(ish) baby roaches, some of which can be fed to Flick right away, some that need a little more time to grow for Herb to enjoy them. They have had three clutches in as many months, and I’m hoping to get to the point where I don’t have to purchase bugs at all.

Ok, saying the roaches have only enriched my life is a lie. The adults still scare me.  Some people own them just as pets which is a huge red flag to any sane person. But Herbie and Flick are my little angels and for them I’ll keep breeding dubia roaches. However, I don’t think I’ll ever stop screaming when the big ones touch me.