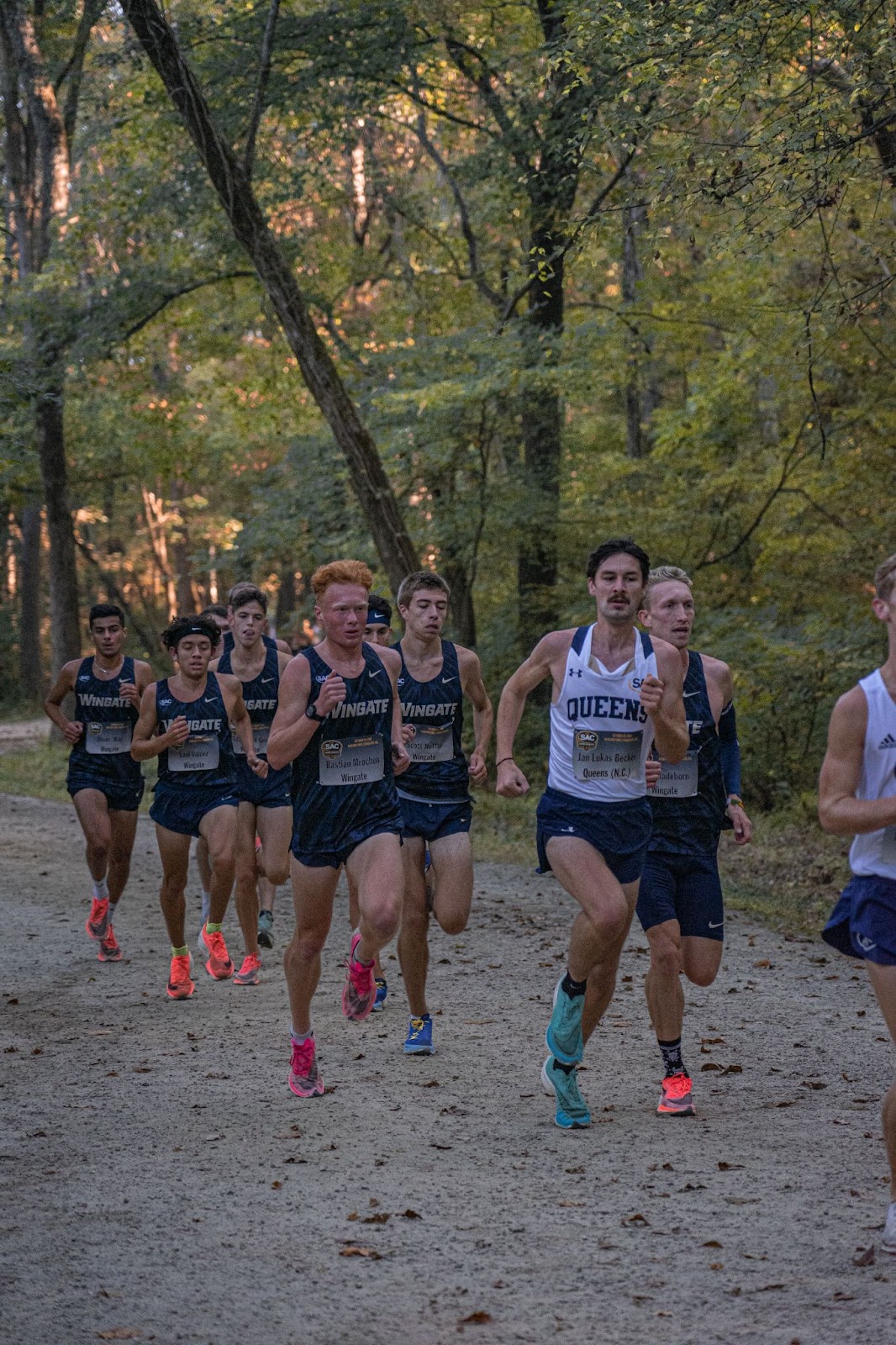 SPARTANBURG, S.C. — The Wingate Bulldogs’ men’s cross-country team accomplished something on Saturday that it had never done before: taking first place in the NCAA Southeast Regional Meet, and in the process, qualifying for the NCAA National Championships on Nov. 20.

The Bulldogs are easily having their best season in program history, marked by a South Atlantic Conference title, now a regional title, and the team’s first-ever appearance in the national meet.

Wingate dominated the regional meet, placing seven runners in the top 12, and finishing with an average time of more than 30 seconds faster than second-place Queens. The Bulldogs took the gold with a score of 33 points, followed by the Royals with 73, and Catawba with 104.

Freshman Scott Nutter, who has come on strong over the past few meets, led the way for Wingate, finishing third out of 161 scored runners. A quintet of Bulldogs, including SAC freshman of the year Bastian Mrochen, rounded out the top 10.

“The plan [at regionals] was to run together in the front pack,” Wingate head coach Pol Domenech said. “We ended up with our entire seven-man roster in the front group early on, so we were able to conserve some energy in the latter parts of the race. All seven men broke the school record this morning. It gets us excited for the future of the program.”

As he has maintained all season though, Domenech’s focus remains on the national meet.

“I cannot imagine a more deserving group to win the first regional cross country championship in Wingate’s school history, but the main focus of the season is still two weeks away,” the SAC coach of the year said. “The team is excited to face the national competition.”

The national meet will be held on Nov. 20 at Saint Leo University in Florida, the same location where the Bulldogs won the pre-national contest on Oct. 2.