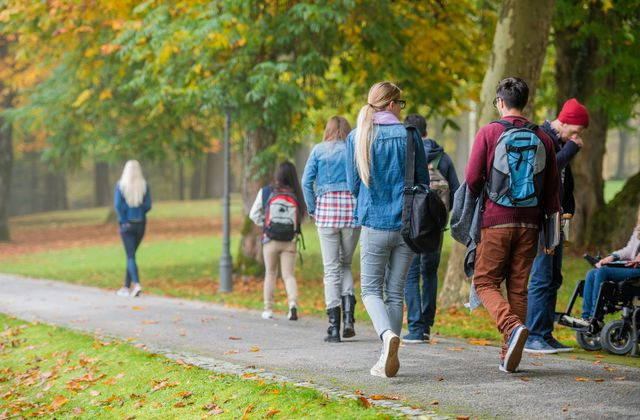 During the first half of October, Wingate University rewards its students for the hard work they have been putting in during the semester with an extended weekend. This Fall Break allows students to catch up on ​​their assignments plus some much-needed sleep.

Fall Break this year landed on October 11 and 12 giving students plenty of time to do just that. While many students take the long weekend as a chance to see their loved ones, some stay on campus because of athletics, home being thousands of miles away, or they just need some alone time.

Before the break, an email was sent out by the Director of Residence Life, Jessica Head, to ensure that those staying on campus had proficient dining accommodations. Since student meal plans for those leaving campus were paused Friday, October 8, ResLife was able to get an estimate of how many students were planning on staying and needed meals provided. The altered hours that the dining hall provided, 10:30 am to 1:00 pm for brunch and 4:00 pm to 5:30 pm for dinner, allowed students staying on campus access to the dining hall without any extra charge.

Wingate swimmers, Casey Mitchell and Gabby Gadson were among the students staying on campus during Fall Break. Besides their demanding practice schedules, they were able to relax on the mostly empty Wingate campus for the weekend.

Mitchell said that during his break, he was able to enjoy athletic games being played on campus, the quietness of campus, and that he did not have to pay extra to eat at the dining hall. He said that the break from classes was beneficial and he used the time to get ahead on future assignments, study for upcoming quizzes and tests, and overall catch up on a few extra hours of sleep.

Gadson said that she felt the same way. She said that she “didn’t really do much because the campus was dead”, but she was able to take this time for herself to practice self-care, get extra sleep, and do any assignments that she was assigned for the coming week.

While Mitchell and Gadson both enjoyed the quiet offered by the empty campus, they wished Starbucks, Chick-fil-a, and other on-campus dining options were open during the break because the altered hours that the dining hall provided were not as convenient as they would have liked them to be.