Alumni homecoming, reflecting on the past

October 14-15 the Wingate Soccer Program celebrated the opening of its new field house by hosting an Alumni Weekend. The festivities began Friday night with a get together at the field house and a co-ed alumni game.

On Saturday between the women’s and men’s games, the Head Coach’s office was dedicated to Coach Jerry Sutton who served as the founding head coach of the senior college men’s soccer team in 1980-81.

“The most rewarding part of having the head soccer coach’s office named for me and the players from the first two years is that the program has continued to progress and be very successful,” stated Sutton. 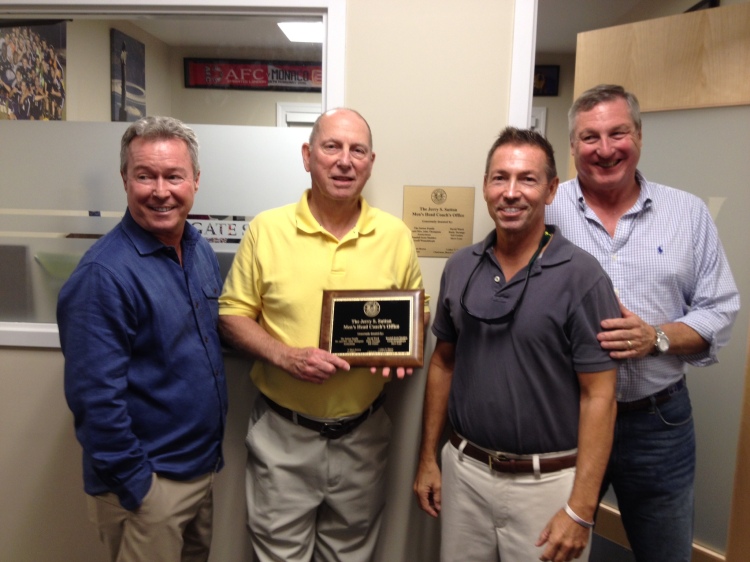 Currently, the men’s soccer team is undefeated, has been declared the 2016 conference winner, and is ranked #1 in the NCAA top 25 poll. Anyone attending a home game will notice a well groomed field with stands for the fans, a beautiful two story field house, lights for night games, and plenty of parking. But in 1980 when Sutton began the program none of those things existed.

Sutton remembers the start, “we began the program with only a few players that had past experience at a time when soccer was just being established in most high schools.” Soccer was not a prominent sport in the south and recruiting players who had ever played soccer was difficult.“We were playing against teams that were very well established and who had a number of international players who were experienced as their base.” 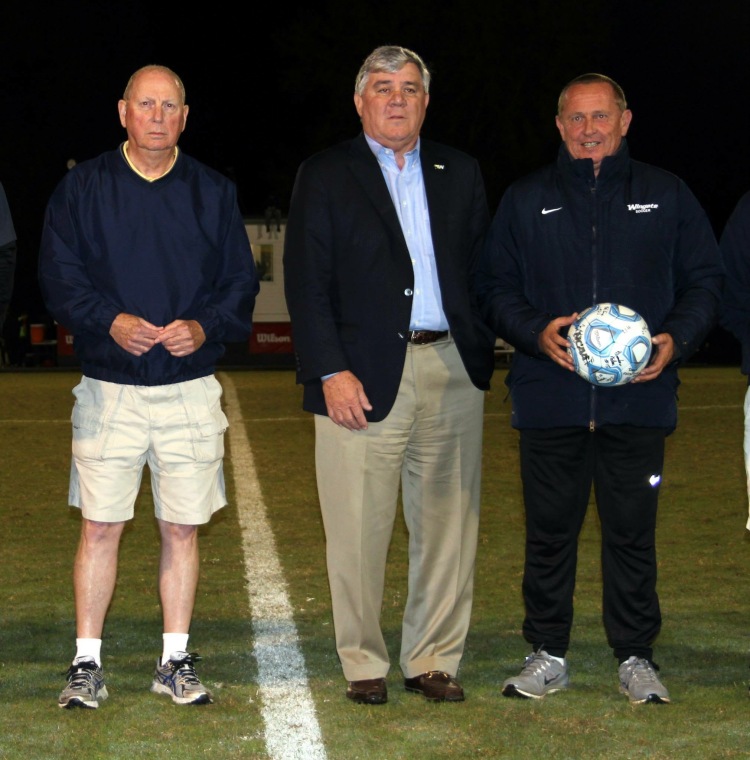 Wingate was without a soccer field in those years. The team practiced on a rocky field that was an old football field, and Sutton said they had to travel normally twice a week for a number of miles to play the games. “This would have been stressful even with a team of experienced players.”

During last year’s homecoming, Sutton was honored for beginning the program 35 years ago. Many of his players from the first team surprised him to be there for the memorable night. They have kept in touch with one another over the years, bonded by the experience of learning the game of soccer and helping to establish a program. “As I look back on those days, I think we as a team can be proud of the fact that we became competitive from the way we practiced. We also established a bond and played the games with heart and enthusiasm.”

This year, current head coach Gary Hamill celebrated his 25th year at Wingate and 300 wins. The team has developed into a nationally recognized program that attracts players from all over the world.

“My hope is that the players who play for Wingate now will look around and see the great facilities and realize that this was established and seeded by the players and coaches from the first two years of Wingate soccer,” says Sutton.