If you attend Wingate University in North Carolina, there are a lot of teams to support. Along with the recent addition of a field hockey team, which will have its debut season in 2022, our school proudly hosts a football, basketball, and soccer team, including 20 other sports teams.

Our teams are loyally supported by our student body, but who are we rooting for outside of our campus? Are we all on the same page with the teams that we support on the professional level?

Wingate University is located in rural North Carolina, about 30 minutes southeast of Charlotte, which is the home of the Carolina Panthers. With the Panthers being the closest NFL team to our school, how many of us actually support them?

Because we are on the brink of the biggest NFL season ever, an assessment was made to see how many people at Wingate University root for the “home team.” Throughout the past week, a total of 75 students were asked outside of the Klondike who their favorite NFL teams are. The results are represented in the pie graph below. 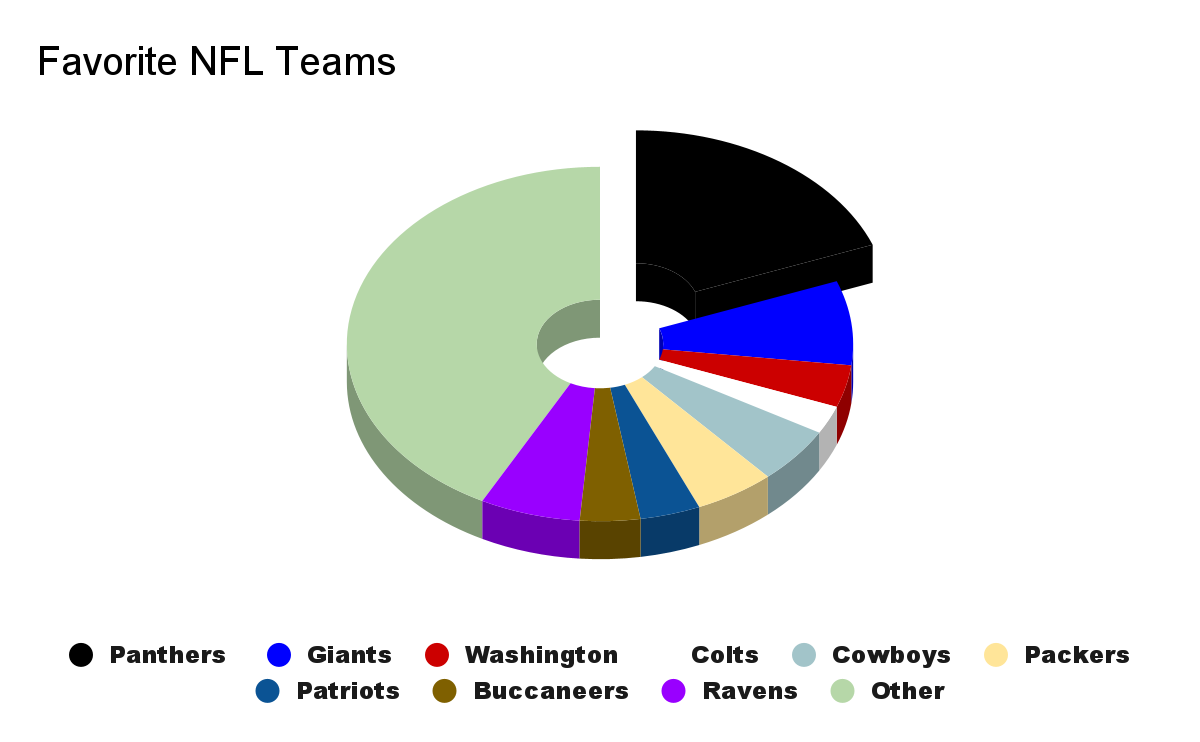 As you can see, the results appear to be very diverse. Despite being stationed only a half-hour away from campus, the Carolina Panthers are supported by less than a third of Wingate’s student body. Shouldn’t we all root for the home team like we do our own sport teams?

Many things must be considered when analyzing this data, however. Not everyone that goes to Wingate is from North Carolina, or near the Charlotte area for that matter. Based on the first 50 students that were asked in the assessment, only 50% are actually from North Carolina. In addition to this, a large portion of students said that their team preference was based on other influences in their life, such as parents and friends, opposed to where they are from or where they live.

“I like the Colts because my grandpa’s best friend played for them, so I grew up watching them,” said sophomore John Ellison.

The Indianapolis Colts and Dallas Cowboys were two popular picks among the students that took part in the poll.

“My dad is a Cowboys fan so I have watched them from a young age,” said junior Luke Ferrell.

The Carolina Panthers might not be the most popular pick on our diverse campus, but many students have at least some place for the Panthers in their heart. “They are my hometown team,” said junior Trevor Grant.

The Panthers will face off against the New Orleans Saints this Sunday.