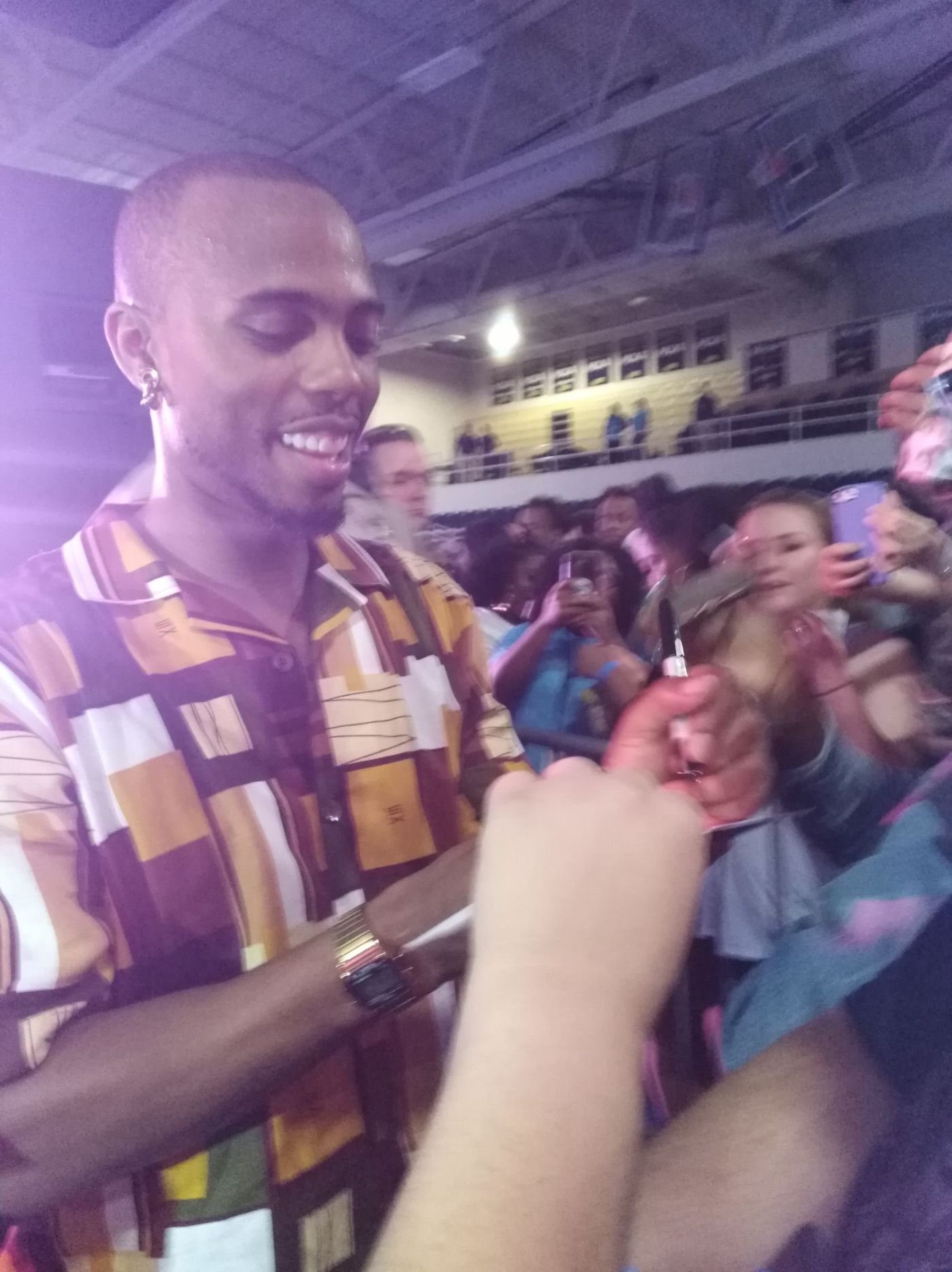 Over 100 students gathered in Cuddy Arena on Friday, April 27 to celebrate the last event on the SprinGgate 2018 schedule, with a concert from the famous artist B.o.B.

Springate 2018 was a week full of events to close out the end of the year and to allow students to let loose one more time before finals begin the next week.

The concert doors were set to open at 8, but B.o.B was running late and therefore the concert got pushed back. So the doors opened at 9 pm. By then, the line had already reached to the back of Burris.

However, by 9pm the lines moved quick, and soon enough we were all inside. Junior, Cameron Walser, DJ’d until B.o.B appeared. He played a mix of popular songs from the early 2000s to now, which got students singing and dancing along.

Walser played for about an hour and a half and then the lights changed and B.o.B’s DJ came on stage to hype up the crowd. Once, B.o.B appeared, the whole tone of the gym shifted, as the students electrified with excitement.

B.o.B was very active with the audience, jumping in and out of the crowd, crowd surfing, throwing shirts, using students phones to take videos and pictures, and even brung some students on stage.

He pulled four girls from the crowd and had them come on the stage to dance with him. After the girls were off the stage, he went back to performing some of his well-known collaborative songs.

There were many times where he would jump over the bars and run into the crowd. When he did, he would dance with the students in the crowd to give the whole concert a very personal experience.

He ended the concert by running off stage, but the audience began to chant “B.o.B!” and he came back out performing his most popular song “Airplanes.” After he performed his final encore, he jumped off stage and began to give students his signatures and take pictures.

Nani Shaw, a freshman student was first in line at the concert, she arrived at 8 pm and was able to get very close to the stage. When asked about the concert she said, “I was pretty excited! After the concert I was tired, and I lost my voice.”

Once the concert was over, the crowd cleared Cuddy, and went on with the rest of their night. Overall the concert was a great way to wrap up Spiringate and fun way to start studying for next week’s upcoming finals.