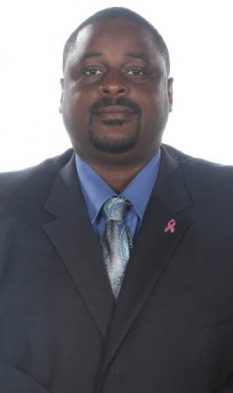 There’s a big difference between love and hate when it comes to being an athlete. The path every athlete takes isn’t the same and the reasoning for the things they do aren’t always the same either. I talked with Wingate assistant basketball coach Marcus Kirkland to get to know more about him and his journey to becoming a basketball coach.

Coach Kirkland was born in Genoa, Italy, where his dad was a professional basketball player as well as in the NBA with the Philadelphia 76ers.  Guess it’s not too hard to see where his basketball genes came from. Coach Kirkland said that, “Being around my dad as a younger child always just inspired me to want to be just like him, but better” is what pushed him to be as good as he could be in the game.

Coach Kirkland played his college ball at Hampton University in Virginia. Standing at 6-foot-4 l with a 40-inch standing vertical, his career didn’t just stop once he graduated from Hampton. Coach Kirkland had the nasty go to move where he faked the middle, drove the baseline and punched it down on the other side of the rim that made fans go crazy.

What he dreamed about doing as a little kid was finally becoming a reality when he got the opportunity to play professional basketball overseas. Coach Kirkland played 6 years of professional basketball in two different cities. His first stop was Rome where he made more of a name for himself before making that transition to Milan where they paid the big bucks.

Being an athlete people always tell you to have a back up plan because you never know what could happen on any given day. Well, that was the case with Coach Kirkland and he had his back up plan in place. After 6 years of ball, a gruesome injury to his leg cut his career short to the point where he couldn’t play basketball anymore.

He then began coaching at Reading College in Reading, PA before coming to Wingate University in 2010. It takes a lot to coach and mentor young men and that’s something Kirkland cherishes when it comes to his job. Coach Kirkland said, “I love to shape, mold and mentor, watching young men become men.”

Growing up in life you have to learn how to make tough decisions and sometimes those tough decisions could hurt the people you care about. Coaching isn’t easy and when you are teaching men to become men, you have to also treat them that way. Coach Kirkland said, “The hard conversations about life, grades, performances, the things young adults might not want to here about but they are important. Maybe the parents aren’t happy about something and you have to handle that.” Talking to Coach Kirkland really helped me and motivated me to strive and also helped me understand how to handle certain situations.